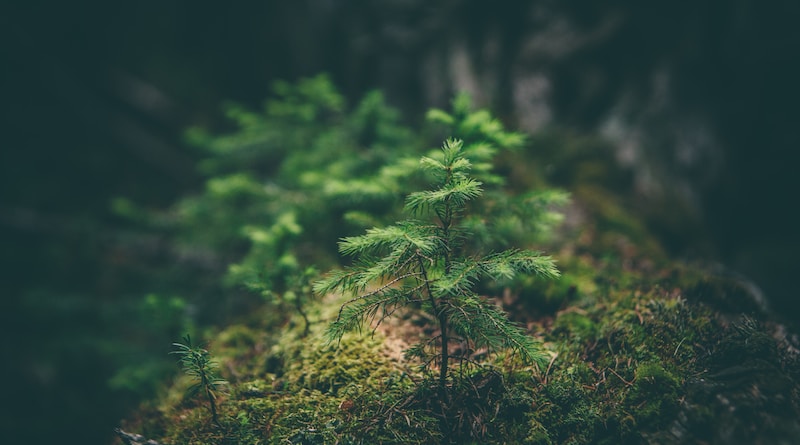 There is a tendency when looking at innovation to focus on the end result of a process of creation rather than as one node in a larger body of activity, yet expanding our frame of reference to see these connections innovation starts to look look much more like an ecosystem than a simple outcome. This first in a series examines innovation ecology from the place of ideas.

Ideas are the kindling that fuels innovation. Without good ideas, bold ideas, and ideas that have the potential to move our thinking, actions and products further we are left with the status quo: what is, rather than what might be.

What is often missed in the discussion of ideas is the backstory and connections between thoughts that lead to the ideas that may eventually lead to something that becomes an innovation*. This inattention to (or unawareness of) this back story might contribute to reasons why many think they are uncreative or believe they have low innovation potential. Drawing greater attention to these connections and framing that as part of an ecosystem has the potential to not only free people from the tyranny of having to create the best ideas, but also exposes the wealth of knowledge generated in pursuit of those ideas.

Connections  is the title of a book by science historian James Burke that draws on his successful British science documentary series that first aired in the 1970’s and was later recreated in the mid 1990’s. The premise of the book and series is to show how ideas link to one another and build on one another to yield the scientific insights that we see. By viewing ideas in a collective realm, we see how they can and do connect, weaving together a tapestry of knowledge that is far more than the sum of the parts within it.

Too often we see the celebration of innovation as focused on the parts – the products. This is the iPhone, the One World Futbol, the waterless toilet, the intermittent windshield wiper or a process like the Lean system for quality improvement or the use of checklists in medical care. These are the ideas that survive.

The challenge with this perspective on ideas is that it appears to be all-or-nothing: either the idea is good and works or it is not and doesn’t work.

This latter means of thinking imposes judgement on the end result, yet is strangely at odds with innovation itself. It is akin to judging flour, salt, sugar or butter to be bad because a baker’s cake didn’t turn out. Ideas are the building blocks – the DNA if you will — of innovations. But, like DNA (and RNA), it is only in their ability to connect, form and multiply that we really see innovation yield true benefit at a system level. Just like the bakers’ ingredient list, ideas can serve different purposes to different effects in different contexts and the key is knowing (or uncovering) what that looks like and learning what effect it has.

From ideas to ecologies

An alternative to the idea-as-product perspective is to view it as part of a wider system. This takes James Burke’s connections to a new level and actually views ideas as part of a symbiont, interactive, dynamic set of relations. Just like the above example of DNA, there is a lot of perceived ‘junk’ in the collection that may have no obvious benefit, yet by its existence enables the non-junk to reveal and produce its value.

This biological analogy can extend further to the realm of systems. The term ecosystem embodies this thinking:

a biological community of interacting organisms and their physical environment.

• (in general use) a complex network or interconnected system: Silicon Valley’s entrepreneurial ecosystem | the entire ecosystem of movie and video production will eventually go digital.

Within this perspective on biological systems, is the concept of ecology:

1 the branch of biology that deals with the relations of organisms to one another and to their physical surroundings.

2 (also Ecology) the political movement that seeks to protect the environment, especially from pollution.

What is interesting about the definitions above, drawn from the Oxford English Dictionary, is that they focus on biology, the discipline where it first was explored and studied. The definition of biology used in the Wikipedia entry on the topic states:

Biology is a natural science concerned with the study of life and living organisms, including their structure, function, growth, evolution, distribution, and taxonomy.[1]

Biologists do not look at ecosystems and decide which animals, plants, environments are good or bad and proceed to discount them, rather they look at what each brings to the whole, their role and their relationships. Biology is not without evaluative elements as judgement is still applied to these ‘parts’ of the system as there are certain species, environments and contexts that are more or less beneficial for certain goals or actors/agents in the system than others, but judgement is always contextualized.

Contextual learning is part of sustainable innovation. Unlike natural systems, which function according to hidden rules (“the laws of nature”) that govern ecosystems, human systems are created and intentional; designed. Many of these systems are designed poorly or with little thought to their implications, but because they are designed we can re-design them. Our political systems, social systems, living environments and workplaces are all examples of human systems. Even families are designed systems given the social roles, hierarchies, expectations and membership ‘rules’ that they each follow.

If humans create designed systems we can do the same for the innovation systems we form. By viewing ideas within an ecosystem as part of an innovation ecosystem we offer an opportunity to do more with what we create. Rather than lead a social Darwinian push towards the ‘best’ ideas, an idea ecosystem creates the space for ideas to be repurposed, built upon and revised over time. Thus, our brainstorming doesn’t have to end with whatever we come up with at the end (and may hate anyway), rather it is ongoing.

This commitment to ongoing ideation, sensemaking and innovation (and the knowledge translation, exchange and integration) is what distinguishes a true innovation ecosystem from a good idea done well. In future posts, we’ll look at this concept of the ecosystem in more detail.

Consider recording your ideas and revisiting them over time. Scheduling a brief moment to revisit your notebooks and content periodically and regularly keeps ideas alive. Consider the effort in brainstorming and bringing people together as investments that can yield returns over time, not just a single moment. Shared Evernote notebooks, Google Docs, building (searchable) libraries of artifacts or regular revisiting of project memos can be a simple, low-cost and high-yield way to draw on your collective intellectual investment over time.

* An innovation for this purpose is a new idea realized for benefit.