Metrics are at the heart of evaluation of impact and value in products and services although they are rarely straightforward. What makes a good metric requires some thinking about what the meaning of a metric is, first.

I recently read a story on what makes a good metric from Chris Moran, Editor of Strategic Projects at The Guardian. Chris’s work is about building, engaging, and retaining audiences online so he spends a lot of time thinking about metrics and what they mean.

Chris – with support from many others — outlines the five characteristics of a good metric as being:

(What I liked was that he also pointed to additional criteria that didn’t quite make the cut but, as he suggests, could).

This list was developed in the context of communications initiatives, which is exactly the point we need to consider: context matters when it comes to metrics. Context also is holistic, thus we need to consider these five (plus the others?) criteria as a whole if we’re to develop, deploy, and interpret data from these metrics.

As John Hagel puts it: we are moving from the industrial age where standardized metrics and scale dominated to the contextual age.

Innovation is entirely context-dependent. A new iPhone might not mean much to someone who has had one but could be transformative to someone who’s never had that computing power in their hand. Home visits by a doctor or healer were once the only way people were treated for sickness (and is still the case in some parts of the world) and now home visits are novel and represent an innovation in many areas of Western healthcare.

Demographic characteristics are one area where sensemaking is critical when it comes to metrics and measures. Sensemaking is a process of literally making sense of something within a specific context. It’s used when there are no standard or obvious means to understand the meaning of something at the outset, rather meaning is made through investigation, reflection, and other data. It is a process that involves asking questions about value — and value is at the core of innovation.

For example, identity questions on race, sexual orientation, gender, and place of origin all require intense sensemaking before, during, and after use. Asking these questions gets us to consider: what value is it to know any of this?

How is a metric useful without an understanding of the value in which it is meant to reflect?

What we’ve seen from population research is that failure to ask these questions has left many at the margins without a voice — their experience isn’t captured in the data used to make policy decisions. We’ve seen the opposite when we do ask these questions — unwisely — such as strange claims made on associations, over-generalizations, and stereotypes formed from data that somehow ‘links’ certain characteristics to behaviours without critical thought: we create policies that exclude because we have data.

The lesson we learn from behavioural science is that, if you have enough data, you can pretty much connect anything to anything. Therefore, we need to be very careful about what we collect data on and what metrics we use.

One reason for these strange associations (or absence) is the lack of a theory of change to explain why any of these variables ought to play a role in explaining what happens. A good, proper theory of change provides a rationale for why something should lead to something else and what might come from it all. It is anchored in data, evidence, theory, and design (which ties it together).

Metrics are the means by which we can assess the fit of a theory of change. What often gets missed is that fit is also context-based by time. Some metrics have a better fit at different times during an innovation’s development.

For example, a particular metric might be more useful in later-stage research where there is an established base of knowledge (e.g., when an innovation is mature) versus when we are looking at the early formation of an idea. The proof-of-concept stage (i.e., ‘can this idea work?’) is very different than if something is in the ‘can this scale’? stage. To that end, metrics need to be fit with something akin to a theory of stage. This would help explain how an innovation might develop at the early stage versus later ones.

Metrics are useful. Blindly using metrics — or using the wrong ones — can be harmful in ways that might be unmeasurable without the proper thinking about what they do, what they represent, and which ones to use.

Photo by Miguel A. Amutio on Unsplash 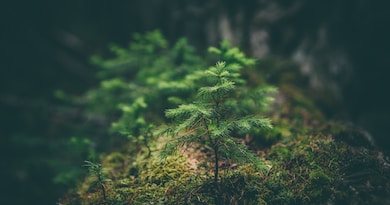 The Ecology of Innovation: Part 1 – Ideas